The Raspberry Pi is a low cost micro computer developed to help kids gain computer and electronics skills in schools. It is also very popular with amateur electronics enthusiasts building 1000's of projects from flashing LEDs to Robotics.

What is a Raspberry PI?

A Raspberry Pi is a credit card sized micro computer, first released in 2012, designed by RaspberryPi.Org to be a cheap computer of around £25, that schools and educational places can afford. IT classes in schools had just become lessons on how to use Microsoft Office so no real computing skills were being taught. The Raspberry Pi project would allow schools to teach a class to program and build electronics projects without spending £1000's on equipment, giving kids the basic skills that industry required when they leave school.

The Raspberry Pi, also known as RPi or Pi, has also become very popular with hobbyists and professionals who build electronics projects and develop software. In two years over 4 million Raspberry Pi's had been sold with it's popularity growing all the time.

With the Raspberry Pi's popularity and many backers it has started to make a difference in the way IT is taught in schools with many children who wouldn't usually be interested in computing or electronics enjoying the hands on approach the Raspberry Pi offers.

There are seven main models of the Raspberry Pi available. The Raspberry PI, RPi B+, Rpi 2, RPi 3, RPi 3B+, RPi 4,  RPi Zero for electronics projects and also the RPi Compute Module aimed at industry. 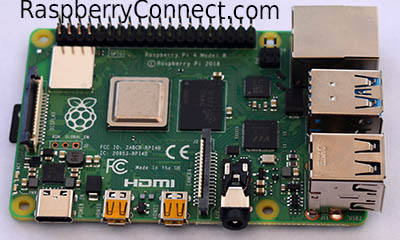 The Raspberry Pi 4 was realesed in June 2019. It was a redesign as it required a new CPU and chipset allowing for more features and much better performance than previous Raspberry Pi's. This is the first Pi powerful enough to be a comfortable desktop computer. It can also output 2 x 4k video via two micro HDMI ports. High speed USB 3 ports and unlike previous models the ports can run at full speed.

The 1GB version for £35. Good for electronics projects, programming.

The 4GB version for £55. Good for use as Desktop computer with more graphics requirements, Artificial Intelligent applications.

Different equipment will be needed to use the PI4. It needs a 3v power supply using a usb-c connector unlike the other models that use micro USB. The HDMI ports are Micro HDMI. The Pi Zero uses Mini HDMI and the other PI's use standard HDMI. 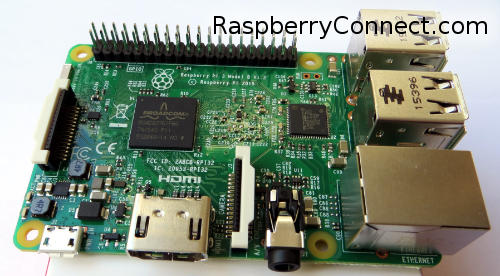 The Raspberry Pi 3, first released in 2016, is generally the same as a Raspberry Pi 2 but has a faster 64 bit processor and built in WiFi and Bluetooth.

The Raspberry Pi 2, first released in 2015, is much faster than the previous model and has twice as much memory.
Main features:

HDMI display Port to connect to a TV or Monitor

Shared 3.5mm audio out and video out port.

RPi Camera Connector for use with the PiCamera module

MicroSD card port to run the operating system from.

The Raspberry Pi B+ or B plus 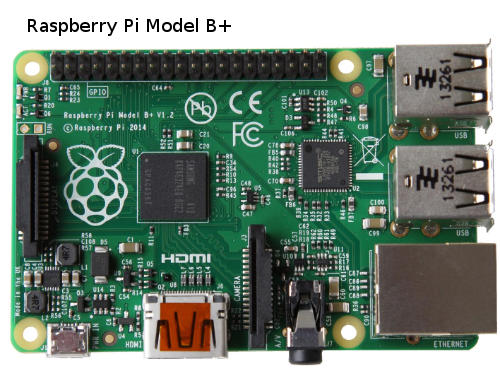 The Raspberry Pi B+ is an update to the Raspberry Pi B as it has a much better power circuit allowing for better performance when powered by a battery and run more demanding USB devices such as hard drives. The audio circuits have also been updated to improve sound and noise reduction.
Main features:

The Raspberry Pi B

The Raspberry Pi B is the original model which is the same as the B+ but with only 2 USB ports and a slightly different layout. Though most have 512mb memory the Raspberry Pi's released in 2012 only had 256 mb of memory but otherwise were the same.
Main features:

For both the model B and B+ versions there is a model A which has the same specifications but does not have a network port, has a single USB ports and 256mb of memory. These are a cheaper alternatives for classrooms at about £17 each. At the moment there is no model A of the RPi 2.

The Raspberry Pi Zero is a cut down version of the Raspberry main boards designed to be used in electronics projects costing only £4 ($5).

The Raspberry Pi compute module. This is the Raspberry pi aimed at developers of industrial applications, who want to use the Raspberry Pi technology to make other devices so don't need USB ports, network ports, display and audio ports. The module contains the CPU and 512mb of ram and is layed out on a small 6.5cm x 3cm board with 200 pin SODIMM edge connector. There is 4gb of flash memory onboard to run software instead of using an SD memory card.

What equipment do you need to use a Raspberry Pi?

The Raspberry PI is just the main circuit board and needs additional items to make it usable. Though it can be used with just a SD memory card and a power supply, to use it as a desktop computer you will need:

A Keyboard and Mouse, best option is a wireless set where both mouse and keyboard share one USB wireless dongle.

It's recommended that you also get a case to protect the Raspberry Pi circuit board. For ease use with the RPi 1 & 2, a WiFi dongle instead of a wire connected to the network port for internet access. The Raspberry Pi 3, 3B+,4 and Pi Zero/w all have built in WiFi and Bluetooth.

What Software is avilable for the Raspberry Pi?

There are various free operating systems that can be used with the Raspberry PI including Linux Ubuntu, "Windows 10 Internet of Things core", Kodi media systems and Linux Debian.  The main supported operating system is a Linux OS called Raspbian. This is available as a single SD card image for more competant users or an easy setup version called Noobs. This is easy to install and allows you to not only install Raspbian but from a selection of other useful operating systems. More information here  Noobs from RaspberryPi.org

In addition to these programs you can download 1000's of other programs from within Raspbian for free to do most things you can do on a desktop computer from browsing the internet, playing games, playing music and watching videos, web servers, science, electronics, communications, HAM Radio and educational tools..

Also available is a 7 inch touch screen that the Raspberry Pi mounts onto for a more portable setup. 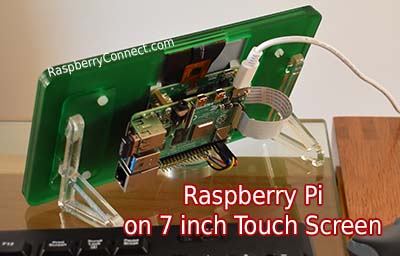